We're fully behind the 'Invest In The North East' campaign

On Monday, the Chronicle announced the launch of their campaign to make the North East a better place in which to live and work. Supported by the Journal and an array of North East businesses, it's fantastic to see such a campaign live - and it's one I'm delighted to say we're fully behind.

The North East is a region I'm passionate about personally. Born and raised here, I've been fortunate enough to travel the world with work, but the north is home. Growth Capital Ventures is headquartered in Newton Aycliffe, County Durham, and all of the great work we’re doing under the GCV umbrella is driven from here.

Providing growth-focused investment opportunities and supporting startups to succeed, our overarching aim is to make an impact. We want to make a difference.

Take Intelligence Fusion and Hive HR - two of the companies we’ve worked with recently - as examples. Both North East-based but with reach that extends right around the world, they’re making a huge impact in their respective industries. We’ve supported the teams with their first rounds to get their visions into action, and more recently are working closely with Intelligence Fusion as they expand further to the completion of their second raise that we facilitated.

These raises were supported by our partnership with Maven, through which we co-bid on a range of regional funds, including Finance Durham, NPIF and JEREMIE 2. These funds are designed to support the region’s startups and scaleups; they’re there to be accessed to help fund the growth strategies of the North East’s most ambitious, exciting and driven companies.

Carlton and Co, the luxury housebuilder setup with my brother Craig Peterson (who's also Chief Operating Officer and co-founder of GCV), is based here too, and as a company we’ve focused our property developments within the region.

For a long time now the North East has had a fair share of negative press when it comes to being an area for living and working in. But this has to stop.

We have some of the world's most innovative and entrepreneurial minds making the North East their home. These minds are building and leading companies who are at the forefront of their industries.

With just a fleeting glance you can see Atom Bank, hedgehog lab, Performance Horizon Group, Sage. These companies are doing business at levels some wouldn't have thought possible when based in the North East. PHG themselves have been tipped to be the next tech unicorn.

Look at the startup and scaleup community and we have a plethora of opportunities. Ignite 100 was the UK’s first accelerator outside of London, whilst Campus North offers such a brilliant environment for startups to thrive. The work of Tristan Watson and Paul Smith here is fantastic, whilst Herb Kim’s Thinking Digital has become a North East event that has a reach far beyond its Newcastle base. These initiatives are key to our region’s entrepreneurial spirit being encouraged and not stifled.

We're huge on diversity as a region, too. Our Head of Operations & Investor Relations Jordan Dargue is speaking regularly about women in investing, and in her recent piece highlights how some of the most successful women in the UK are from the North East.

And some of our largest companies - Virgin Money, Northumbrian Water, Northumbria University, Global North East, Ubisoft - they're all headed by women. It's inspirational.

I wanted to write this piece to confirm our backing for the campaign. I've long been vocal about the North East as a region to live and work in, and as a company we're passionate about investing into the region in various capacities, raising its profile and showing to the rest of the world just how great we have it.

Over the past few weeks:

- Craig has discussed how he wants to make a difference

- Jordan spoke about needing more angel investors in the north

- Our property development opportunity at Chilton recently closed out, one of just a number of property projects in the North East we have planned for this year, helping to tackle the housing crisis

- We recently finalised the second round of investment for Intelligence Fusion, a Durham-based business delivering global security intelligence, and are proud to be working with them under our GLabs brand.

These are just a small handful of recent instances detailing our backing of the region. We're passionate. We're dedicated. And we're fully behind investing in the North East.

Chic Retreats co-investment to be collaborated with Crowdcube 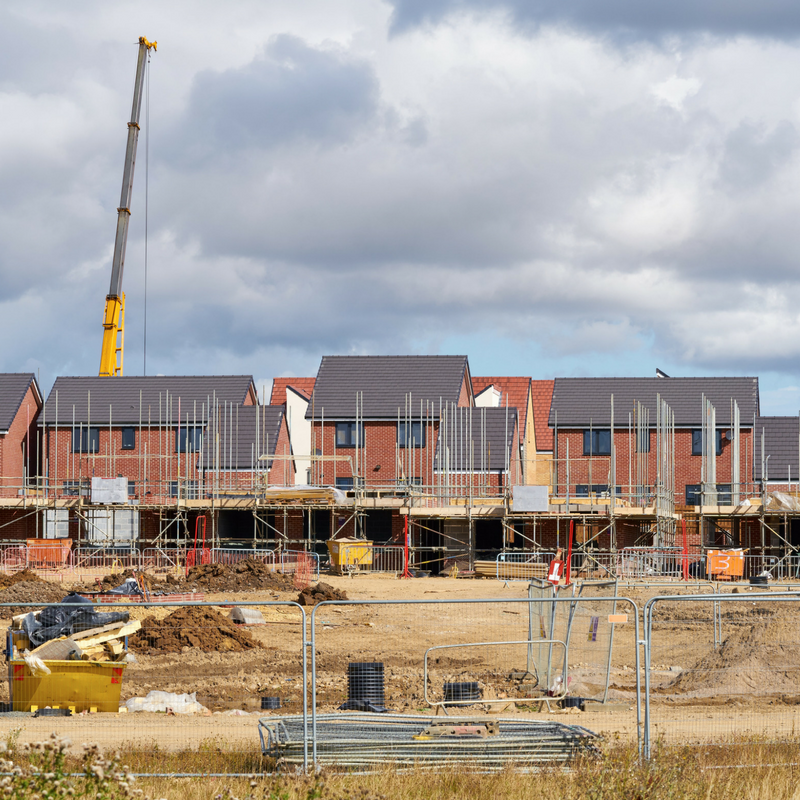 How we're helping to tackle the housing crisis with co-investment

WATCH ON-DEMAND: Why should you add residential property development ...